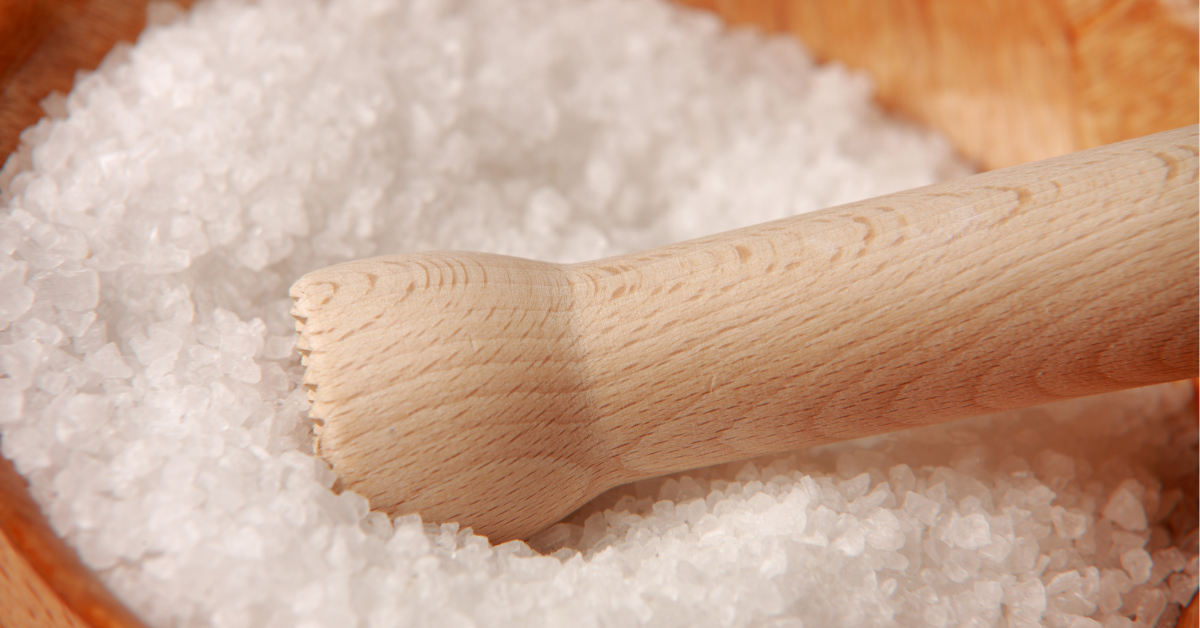 I recently divulged on social media that my blood pressure (BP) had been consistently quite high, to the point where I thought I’d either soon be hospitalized or have to start taking meds. While I’m not opposed to conventional pharmaceutical methods to manage a particular health condition, I was adamant that I would be able to resolve this issue on my own, so I worked with my doctor and tracked my blood pressure multiple times over the course of about two weeks, while paying closer attention to my food intake and physical activity to see if any lifestyle adjustments would be able to correct this issue. 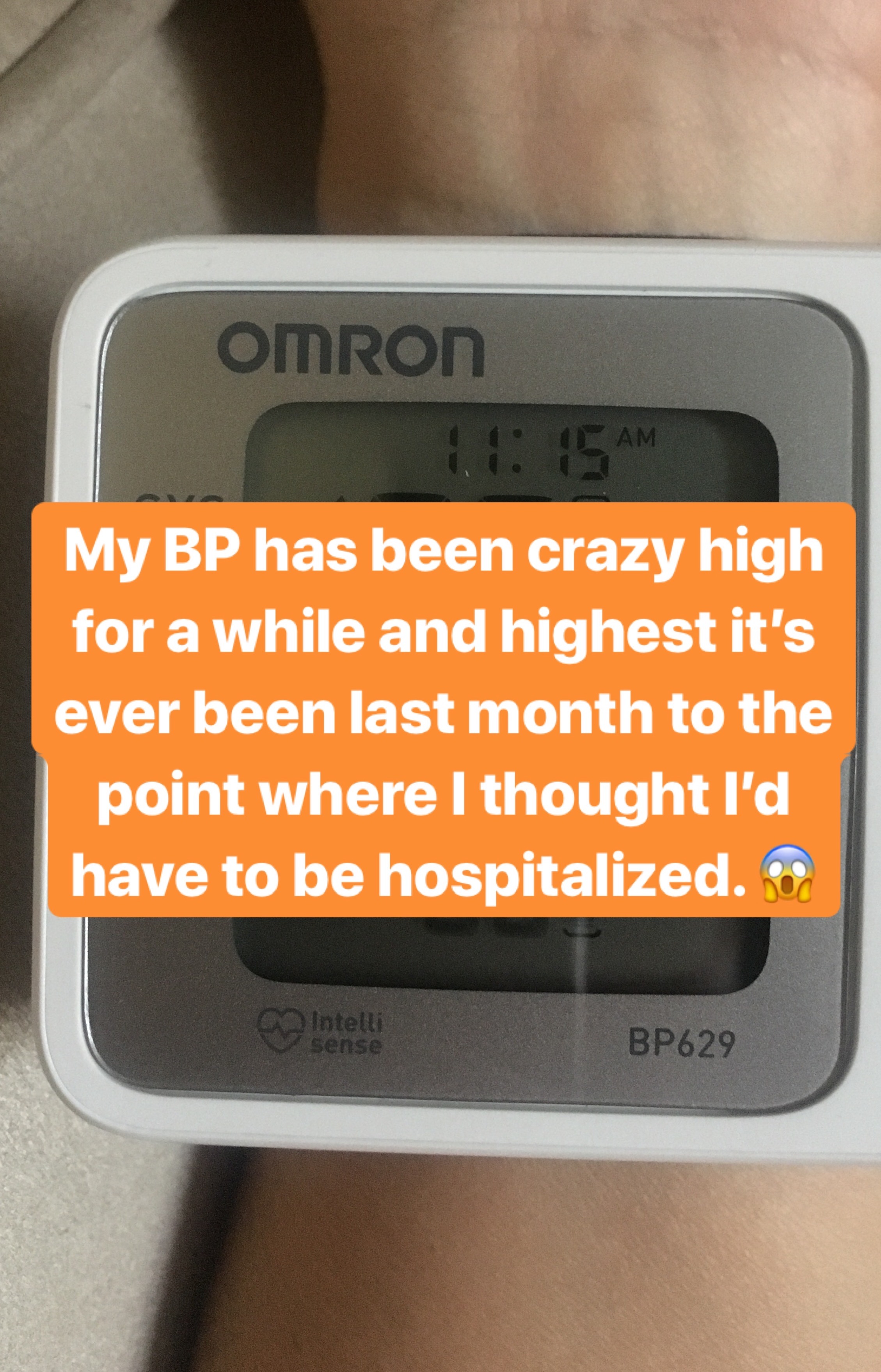 Before I share the outcome of my story, let’s first discuss what may or may not be known about sodium and high blood pressure.

Sodium is both an electrolyte and a mineral and is found in about a 40:60 ratio in table salt, aka sodium chloride (or, scientifically, NaCl). Sodium plays a role in what’s called the renin-angiotensin-aldosterone system, where it helps maintain our body’s fluid balance and nerve and muscle function.Â People with a high-sodium diet, suffering from dehydration, or diagnosed with Cushing’s syndrome among other conditions can become hypernatremic while anyone experiencing excessive sweating, severe vomiting or diarrhea, recovering from burns, or diagnosed with underactive adrenal glands,Â thyroid gland, or other illnesses can become hyponatremic.

According to the USDA, one teaspoon (about 4g) of salt provides an entire day’s worth of sodium for a healthy adult at about 2,300mg; and, even then, this is considered an upper safe limit, not a recommended daily allowance. The average daily sodium intake of Americans is actually 3,400mg, or nearly 50% more than the limit. Higher-than-recommended intakes of sodium are known to raise blood pressure and may pose other health risksÂ likeÂ heart disease and stroke, the first and sixth leading causes of death in NYC, respectively.1 Interestingly (or maybe not so interesting if you’ve heard me say this before), over 75% of American sodium consumption comes from “outside” foods: packaged, processed, and take-out/dine-in items.2 Salt added during cooking at home doesn’t factor in nearly as much, so if you’re considering cutting back on the sodium intake, re-assess your sources before taking away that salt shaker.

When it comes to high blood pressure (or hypertension), the kidneys are unable to filter extra sodium in the body. As the sodium collects, the body holds onto its water content (fluid retention) to try and dilute the salt, thereby increasing both the amount of salt and the amount of water in the body. This results in increased blood volume, which means the heart has to pump harder and puts more pressure on the blood vessels. This situation is no joke and why hypertension has been coined “The Silent Killer.” Over time, if the high-sodium effect becomes the norm in your body, and you end up with chronic hypertension, you may, ultimately, suffer a heart attack, stroke, or worse.

As a Registered Dietitian, my approach to helping people with any of the issues noted above usually involves teaching them how to read the Nutrition Facts label on the back of packaged foods and introducing them to theÂ DASH (Dietary Approaches to Stop Hypertension) Diet, which, contrary to popular belief, is NOT a reduced-sodium diet, but instead focuses on nutrient-dense foods that are rich in protein, fiber, potassium, magnesium, and encourages whole foods over processed ones. This shift alone brings with it options that are naturally low in saturated fat, sugar, and saltâ€“â€“a win-win even for those not necessarily dealing with hypertension.3

In my case, I had to admit I was eating out way more often than I was cooking at home and, even though I was ordering from “healthy” or “natural” restaurants, I was not in control of my sodium intake and we all know that the way eateries make foods palatable is by adding fat, sugar, or salt. Since that revelation, I’ve switched back to eating more at-home meals and, when I do eat out, I ask for a low-sodium version of whatever I order or put in a special request in hopes the restaurant would so graciously accommodate me (which it usually does). With my doctor’s approval, I also added regular physical activity to my daily routineâ€“â€“I tend to be quite desk-riddenâ€“â€“and started noticingÂ improvements in my blood pressure readings in just a few weeks. 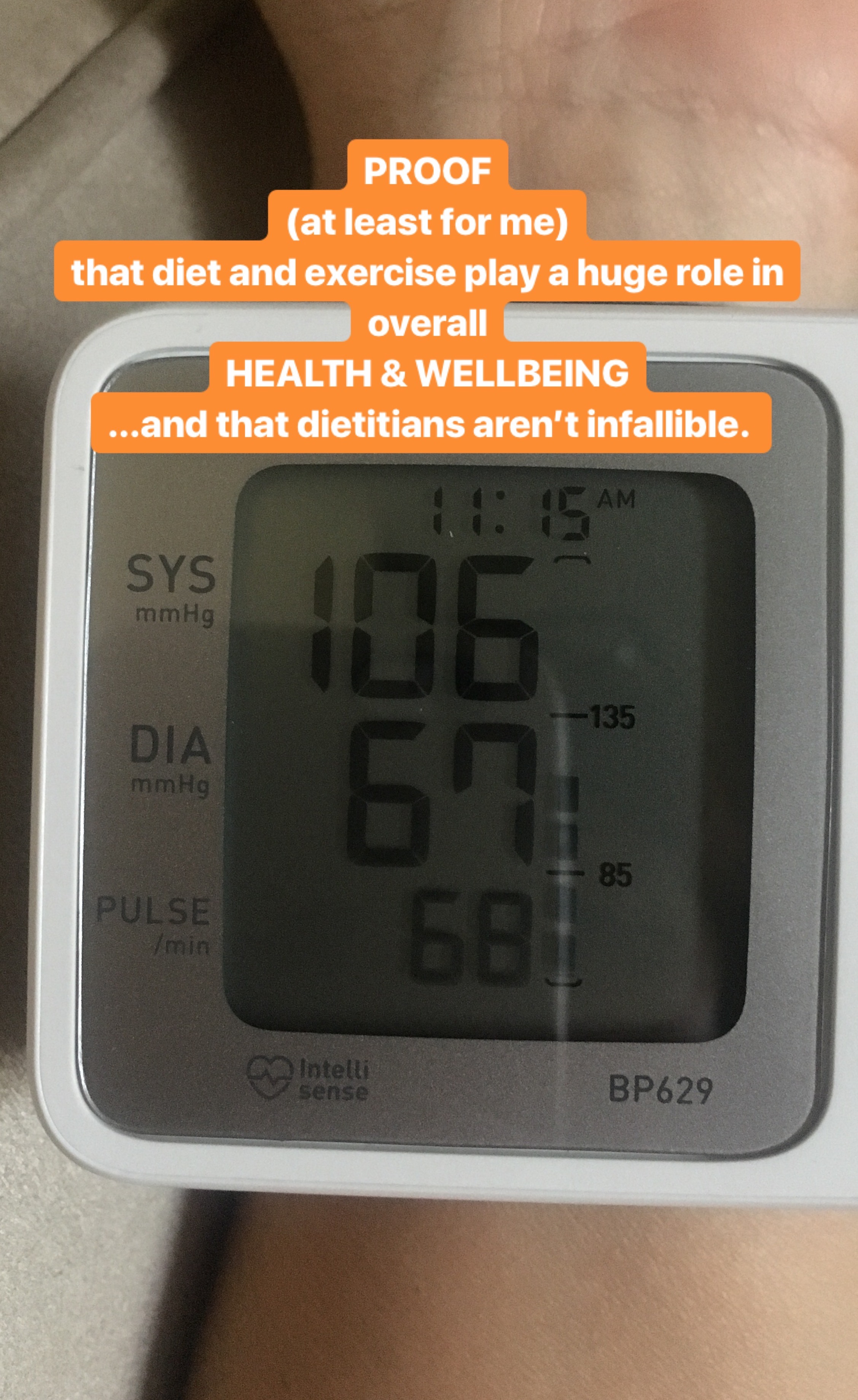 My suggestion to you is to put this information into action ASAP: 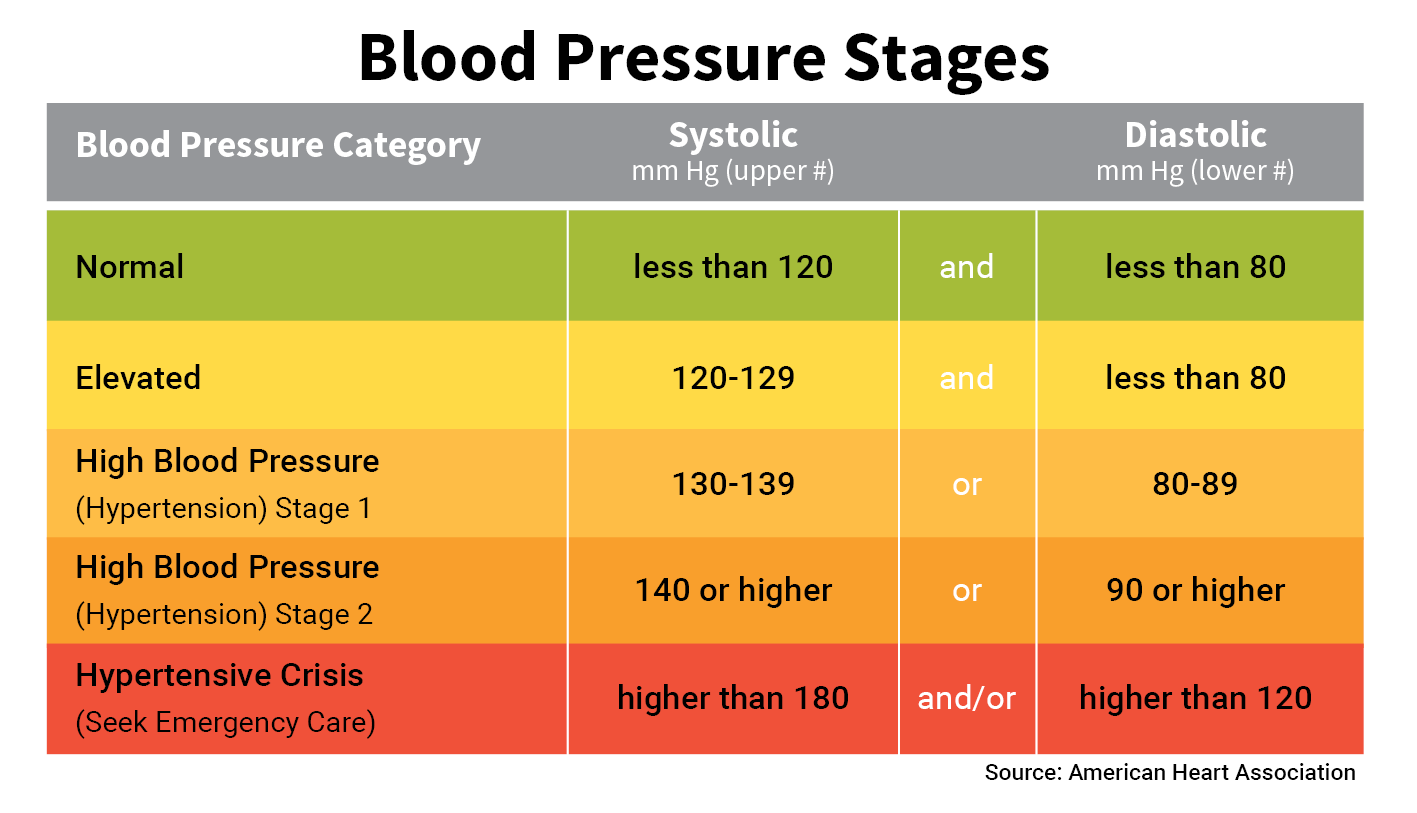