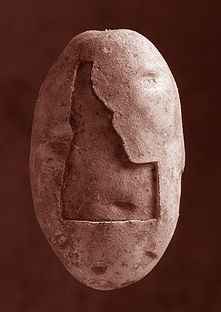 The Idaho potato is considered by many to be the best variety of America’s most popular potato for baking, also known as the Russet Burbank or, more commonly, the russet. Though some russets grown elsewhere are commonly called Idaho potatoes, many Idaho government officials are pushing to make the name exclusive to spuds grown in local soil. Idaho grown potatoes have a high solids content, so there’s more potato and less water. The high quantity of starch grains cook to a light, fluffy texture and full, firm appearance when properly prepared. To be sure you’re getting genuine, top-quality Idaho Potatoes, look for the “Grown in Idaho” seal, which features a silhouette of the state of Idaho, and for the registered certification mark, “Idaho Potatoes.”

Peru’s Inca Indians were the first to cultivate potatoes in about 200 B.C. The Incas had many uses for potatoes, which ranged in size from a small nut to an apple and in color from red and gold to blue and black. Raw slices were placed on broken bones, carried to prevent rheumatism and eaten with other foods to prevent indigestion. The Incas also used potatoes to measure time correlating units of time by how long it took potatoes to grow.

The Spanish conquistadores discovered the potato in 1537 in the Andean village of Sorocota. They took potatoes with them on their return trip to Europe, where the vegetable had a difficult time being accepted. The potato, a member of the nightshade family, was considered by many to be poisonous or evil. It was thought to cause leprosy and syphilis and was considered a dangerous aphrodisiac. With the help of Germany’s King Frederick William, France’s Parmentier and England’s Sire Walter Raleigh, the potato was soon popularized throughout Europe.

The first potatoes arrived in North America in 1621 when Captain Nathanial Butler, then governor of Bermuda, sent two large cedar chests containing potatoes and other vegetables to Francis Wyatt, governor of Virginia at Jamestown. The first permanent North American potato patches were established in New England around 1719, most likely near Londonderry (now Derry), New Hampshire, by Scotch-Irish immigrants.

Idaho’s first potato grower was not a farmer at all, but a Presbyterian missionary, Henry Harmon Spalding. Had he been seeking a life in Idaho as a farmer, the chances are good that he would have found land more suitable to agriculture rather than the locale at Lapwai where he established his mission in 1836 to bring Christianity to the Nez Perce Indians. His plan was to demonstrate to the Nez Perce that they could provide food for themselves through agriculture rather than hunting and gathering. In 1837, the buffalo herds were beginning to be depleted by market hunting and encroachment on their natural domain. Spalding was astute enough to see that the lifestyle of the Indians was changing and that they would soon need other sources of food. By offering to teach them how to raise agricultural crops, he added an additional benefit to the white man’s religion that helped gather the Nez Perce around his Lapwai mission. The Indians eventually cultivated and planted fifteen acres for themselves and probably consummated the first commercial sale of Idaho grown potatoes when they found that hungry immigrants traveling in the wagon trains would trade clothing and other goods that the Indians wanted for fresh potatoes.

Genuine Idaho potatoes have a rounded, somewhat elongated shape, few and shallow eyes, net-textured skin and a deep brown color. Look for clean, smooth, firm-textured potatoes that have no cuts, bruises or discoloration. Don’t buy potatoes that are soft or have excessive cuts, cracks, bruises or discoloration and decay. If your potatoes have any green spots, pare them off before cooking because they could taste bitter.

High in both vitamin C and and potassium, potatoes are good for you, just watch what you put on them. Try salsa or steamed or sautÃ©ed vegetables on a baked potato instead of butter and sour cream and watch the portion sizes on those fries. A medium potato has 26 grams of carbs and 3 grams of sugar. (For more information, please visit this wonderful resource.)

For some great recipes, click here or here or try this simple dish:

Pre-heat oven to 450Â°F. Wash and dry potatoes. With a fork or sharp knife, pierce each potato 2 or 3 times. Place on cookie sheet or baking pan. Bake 50 to 60 minutes or until tender when pierced with a fork.

MICROWAVE METHOD: Wash and dry potatoes. With a fork or sharp knife, pierce each potato 2 or 3 times. Place potatoes in a circle on a paper towel, leaving a 1-inch space between each potato. Cook on high for 15 to 20 minutes or until tender when pierced with a fork, turning once during cooking and removing any that are done after 15 minutes. Let potatoes stand for 5 to 10 minutes before serving.