The Ancient Spice: Turmeric and Its Golden Properties 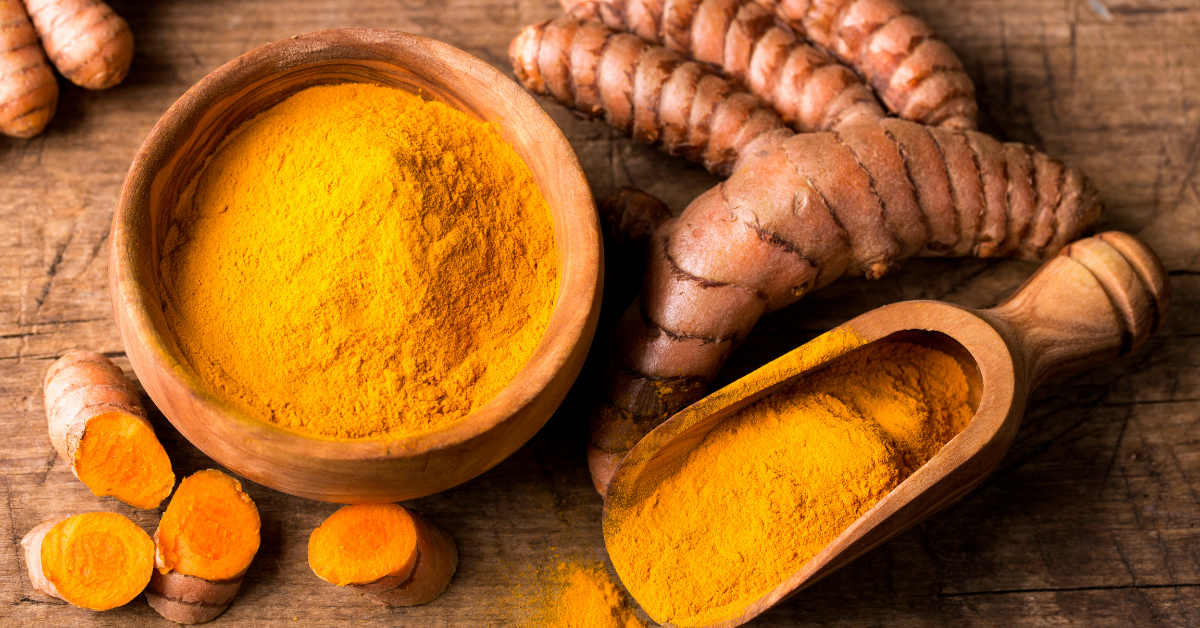 The use of turmeric goes back almost 4,000 years within the Indian culture, where it was used as a culinary spice.1 Turmeric has a long history of medicinal use in South Asia with records dating back to 250 BC where they found it being recommended as an ointment to relieve the effects of poisoned foods.1 In Pakistan, turmeric is used as an anti-inflammatory agent, for gastrointestinal discomfort, and other digestive issues. In Chinese medicine, it is used for digestion, and even to stimulate bile production in the liver to encourage excretion of bile via the gallbladder.1

Turmeric is widely used today, and as a member of the ginger family, turmeric offers a host of nutritional benefits. For example, 1 tablespoon of turmeric contains 15% of your daily iron needs!1 Traditional medicine has been around for thousands of years whereas modern medicine has been around for less than 100 years. While the mechanisms of traditional medicine are less understood, there seems to be some potential benefits to investigating the benefits of traditional medicine, and many studies are now being conducted to do such. Turmeric is one of the traditional herbal remedies greatly being targeted by research.

Curcumin is the chemical compound found in turmeric. It is a polyphenol that can boost cellular antioxidant defense. Antioxidants are molecules that neutralize free radicals, which are unstable molecules that can harm your body.  In traditional medicine, turmeric was used for both prevention and therapy of diseases. Modern studies have revealed that turmeric is a powerful anti-inflammatory agent. One modern study revealed the anti-inflammatory benefits of the properties of turmeric by acting as a mechanism to regulate immunity in the body.2

Alzheimer’s Disease (AD) attacks the brain, and is not a normal part of aging. People with AD will have gradual memory loss known as dementia. As the disease progresses, the person affected may need help with all aspects of life. AD is currently irreversible and has no cure.

The Brain and AD

The changes that occur to the brain in AD were first noted by neurologist Alois Alzheimer in 1906.3 He performed an autopsy on a woman who became progressively confused leading up to her death. One of the most distinguished features he found in her brain was the presence of plaques and tangles.4 These plaques and tangles interfere with neuronal functions and decreased neurotransmitters, which send messages throughout the body.4 Plaques are mainly composed of proteins called beta amyloid.4 Amyloid protein occurs naturally in our brains, but as we age, too much of it accumulates in the brain, forming plaques. As a result of the accumulation of plaques in the brain, inflammation will occur. Research is now being conducted to investigate if curcumin can decrease some of the inflammatory properties that occur in the brain with AD.

Can turmeric be an effective treatment for alleviating inflammatory symptoms of AD?

Targeting the destabilization of beta amyloid plaques is an attractive therapeutic strategy for the treatment of AD. Since curcumin is lipophilic (lipid-loving), it easily crosses the blood brain barrier, binding to plaques to inhibit them.4 In a study of mice with plaque buildup of the brain due to AD, they found that mice that were given low doses of curcumin had the plaque decrease by around 40% compared to those that were not treated with curcumin.4 Another study showed that mice given curcumin for 7 days crossed the blood-brain barrier and reduced plaques.4

Should we use turmeric as a treatment for AD?

While research has shown that turmeric can cross the blood-brain barrier and that curcumin can help to clear plaques in the brain, it still remains unknown if curcumin can really slow down or even reverse the progression of AD and needs to be studied more in depth. Most of the studies thus far have been conducted on mice and so human studies are needed to evaluate the effectiveness and efficacy of turmeric to decrease the anti-inflammatory processes of the brain in AD.

What we do know is that ibuprofen has been long used as a way to decrease the risk of developing AD symptoms, but the chronic use of this class of drugs can cause toxic effects in the liver, kidneys, and gastrointestinal tract.4 Curcumin, on the other hand, has the same anti-inflammatory properties and may be a more holistic approach to AD prevention.

Low dose turmeric used in the diet appears to be safe and with minimal side effects. There are no official guidelines for the intake of turmeric, but the acceptable intake for curcumin is 1.4 mg per pound of body weight.5  How will you incorporate turmeric into your diet? Leave a comment below with your favorite turmeric recipe or if turmeric has had any positive health benefits in your life!

Angela Houlie is a Registered Dietitian and holds a master’s degree in Nutrition from CUNY Hunter College. Angela desires to work in private practice and media nutrition.