Somebody, please save me. Every four months, we have to prep for our seasonal sales meetings and I end up putting in so many hours at work I might as well blow up an air mattress and crash there for the night because, by the time I come back to my apartment, it’s nearly the wee hours of the morning and, as you may remember, I have issues with falling asleep*, so it seems mere moments before the dreaded alarm goes off and I’m up and back at it once again.

My biggest issue, though, is that I feel so unbelievably groggy with anything less than eight hours of sleep that I know I’m coming across as loopy (well, loopier than normal, at least) once I’m back in the office and, quite possibly, even drunk (because of all the word-slurring and stumbling over my own feet in the hallways), which would not be cool and not just for the most obvious reason, but, because I haven’t had an alcoholic beverage in over 16 years and that would have been a huge waste of abstinence only to find out I’m being called a lush during water cooler discussions.

Now, if my co-workers thought I was smoking crack, that would be okay.

*NOTE TO SELF: Nice job on sticking to the new plan. 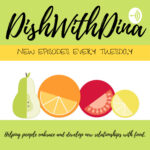