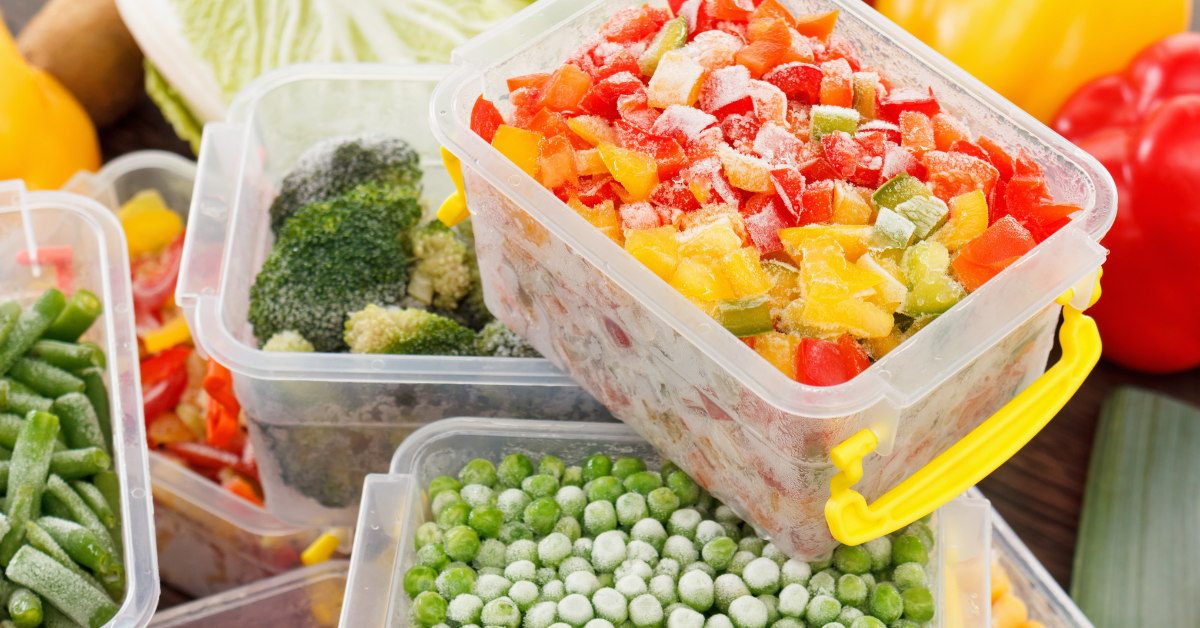 We commonly accept that fresh fruits and vegetables contain the most nutrients compared to frozen and canned produce. After all, fresh produce does not get processed and maintains its natural shape and color. However, different commodities deteriorate at various rates depending on the circumstance, and studies have shown that some canned and frozen produce contain equal or higher amounts of nutrients than fresh produce.

Why do some canned and frozen fruits and vegetables have higher nutrient value than fresh produce?

Fresh produce has more nutrients than canned or fresh fruits and vegetables, especially if it has just been harvested. However, fresh produce loses its nutritional value right after it gets harvested and gets transported over long distances. On the other hand, frozen and canned produce are packed immediately after harvest, maintaining nutritional values. Although thermal processing is detrimental to high-sensitive heat nutrients such as vitamin C, processing stops the consumption of nutrients since there is loss of moisture and growth of microorganisms due to lack of oxygen and light when packaged. Due to the loss of oxygen, refrigeration may also decrease the nutrients of produce, but it also may preserve produce by slowing down respiration. Depending on the commodity, canning and freezing may preserve as contain nutrients as fresh produce.

Some canned fruits and vegetables can have the same amount or even higher levels of nutrients than fresh produce. One study from the Department of Food Science and Technology, University of California, Davis compared nutrient-dense food groups between frequent can users (FCU) and infrequent can users (ICU). Frequent can users are those who consumed canned food 6 or more times in 2 weeks and infrequent can users are those who consumed 1-2 times of canned food in 2 weeks. The researchers showed that FCU consumed 30.3% more servings of fruit and 21.4% more servings of vegetables. Additionally, there was a higher percentage of people in the FCU group that met or exceeded the recommended dietary allowances (RDA) for 15 nutrients on both days when canned foods were consumed and not consumed. For example, it was found that canned peaches over 3 months had higher levels of vitamin C, folate, and antioxidants compared to fresh peaches. Processed canned tomatoes were also found to have more vitamin B and lycopene, an antioxidant that lowers the risk of cancer. However, water-soluble nutrients including vitamin C and B are still highly sensitive to heat and thus susceptible to losing more nutrients than fat-soluble nutrients such as vitamin A and E.

Frozen fruits and vegetables can also retain more nutrients than fresh ones in the long run by slowing down the process of degradation. Researchers found that spinach lost about 100% of vitamin C content for one week at temperatures 20C (68F) and carrots lost around 27% of vitamin C within one week. However, all other frozen vegetables lost fewer vitamins within one week compared to fresh vegetables. Frozen samples also had more vitamin C than canned samples. The results indicate that refrigerating and canning may preserve the nutrient of the product rather than decreasing it.

Tips for canned, frozen, and fresh fruits and vegetables

There is almost always a misconception that canned or frozen food is not as nutritiously valuable as fresh food. This has been proven false especially since canned foods go through a process that limits oxidation and frozen foods preserve food from spoilage. Many factors affect the nutrition value of canned, frozen, and fresh foods, but the most important thing to note is to have a diverse array of these foods. As long as the fruits and vegetables don’t have added sugars or fats, and you are consuming the required dietary amounts, it is all that matters. Whether canned or frozen, it is still best to consume at least some type of fruit and vegetable rather than none at all.

Louise Chen is an undergraduate student from California and a volunteer at DishWithDina.